The Gibson ES-135 is a semi-hollow body electric guitar made by the Gibson Guitar Corporation. Originally introduced in 1956, it was discontinued in 1958. The model, with some modifications, was reintroduced in 1991 and remained in production until 2002, however at least one known example was given a 2003 production date, a Blueburst with Serial Number 00663724 March 7th, 2003.

With a florentine cutaway, a trapeze tailpiece, two P-100 pickups (stacked humbuckers with P-90 covers) with two tone and volume controls and a three-way switch. It had looks and tone reminiscent of the old ES-125 TDC, but was not a fully hollow thinline guitar, having a feedback-suppressing sustain block running under the pickups and bridge from the neck/body joint to the base of the body like the ES-335 instead, but here not made of maple but of balsa wood. The body itself and neck were again of similar construction to the ES-335, being built from laminated maple but with an unbound rosewood fingerboard with dot-style fret position markers. The metal fittings were chrome-plated, and the p-100s had black plastic “soapbar” style covers. The guitar, when launched, was the most basic and lowest-priced in the Gibson ES range, but had the same fittings, wiring and construction quality as more expensive models. At launch, Gibson claimed it was the first semi-solid electric guitar with a Florentine-style single cutaway in the world.

The ES-135 went through several changes during its production life. The P100 pickups, intended to have the tone and output of the P-90 but without the single-coil P-90’s tendency to hum, did not meet with universal approval, having a slightly less biting tone and at times an equal tendency to squeal at high volumes. The use of P-100s was therefore discontinued and conventional Gibson covered humbuckers substituted. The original trapeze tailpiece gave the guitar a distinctive tone and an aggressive “bark” when played with vigour, but again was not entirely popular. The trapeze makes re-stringing a slow operation and the very long string length needed to reach from the tailpiece to the tuners meant some brands of strings did not fit.

The ES-135 Studio featured no f-holes, a stop tailpiece and Tune-O-Matic bridge, and Humbuckers.

Complete the form below to send a message to this owner. 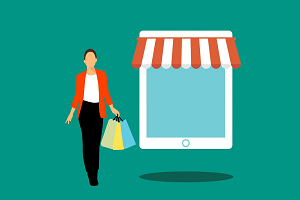